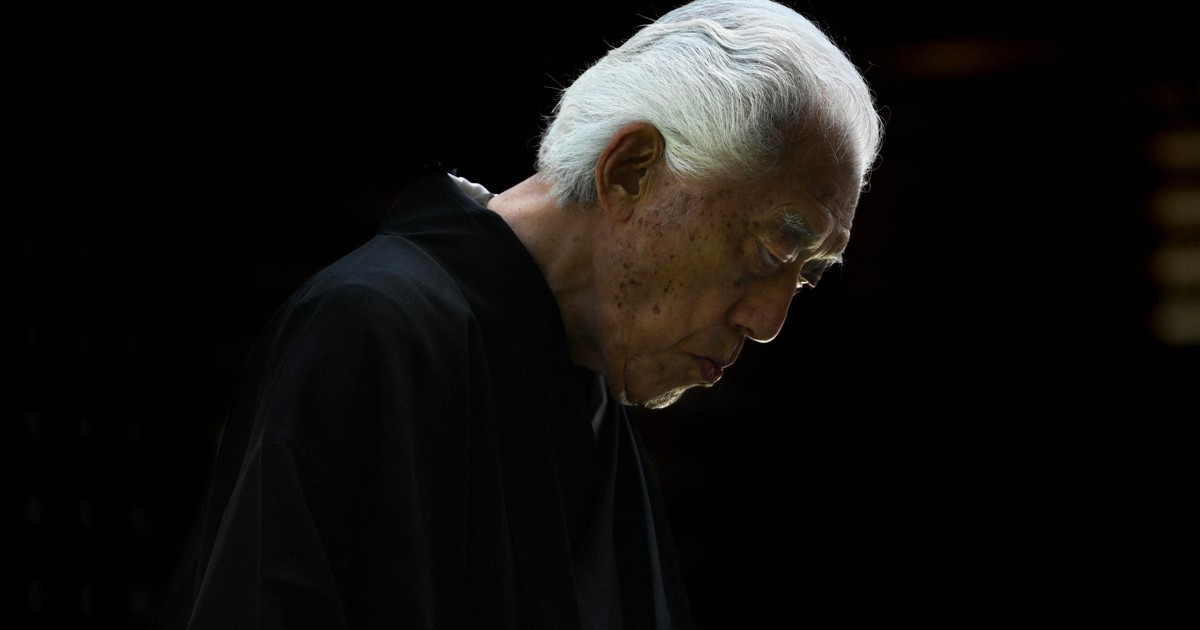 “Why did my comrades have to die? Even now, I cannot escape these bad memories. I want to get rid of war through the philosophy of the tea ceremony. This is my last wish.” So said Sen Genshitsu, 98, a former grandmaster of the Urasenke tea school, when asked in December 2018 about the imminent end of the Heisei era in Japan (1989-2019).

As a student, Dr Sen was mobilized in the former Imperial Japanese Navy during World War II, and eventually assigned to a “tokkotai” unit, or the suicide force more commonly known outside of Japan as the ” Suicide bomber “. Speaking of his experiences in the Pacific War, he was unable to contain his fury, raging against the cruelty of young men commanded on irrational missions that meant their certain death.

Sen said the only positive thing he gained from his time in the Navy was the brotherhood of his comrades. If any of them slipped during training, they were all beaten together by their superiors. The tokkotai members also shared their food rations among themselves and discussed what “death” meant to each of them. “Our camaraderie was not just built on mutual support, but on a sense of solidarity by sharing the same destiny,” he said.

The war situation in Japan was getting worse by the day and the Imperial Japanese Army formed suicide mission squads from the Battle of Leyte Gulf in October 1944, trying to avoid defeat. In March 1945, the Tokushima Naval Aviation Corps, to which Sen belonged, was also informed of the formation of a suicide unit. Paper flyers were distributed to some 200 staff, who were ordered to mark “strongly desire (to become a suicide soldier)”, “desire” and “do not prefer”. Sen took the first option, thinking, “I might as well do if I have to go anyway.” A few days later, it was announced that the 200 men would be sent as part of a suicide attack unit.

The soldiers did intensive exercises in Shiragiku trainers for days. They were training to dive into enemy ships at an altitude of 2,000 meters; in other words, they were preparing to die. Sen said he was afraid of being put in the same situation as the 16th-century tea master Sen no Rikyu, who was ordered to perform the seppuku, or the ritual self-disembowelment.

Besides the fear, he also remembers the outrage he felt at the words of his superiors, who remain with him to this day: “You bastards came here to die” and “You will never find a way. also desirable. ” They sparked visceral anger in the young naval aviator about the suicide mission mentality, thus belittling human life. He couldn’t help but be agonized at having lost sight of why he was born.

One day, young Sen was part of a group of seven or eight Tokkotai members taking a brief break before dinner. Opening a tea box which he always carried with him, he boiled water in a kettle and made tea. A comrade blurted out: “I want to meet my mother and have her hit me on the head. As moved by these words, Sen stood up and called her mother towards her hometown, Kyoto.

At first, his comrades just watched him in a daze. But then they all got up and shouted “Mum, mum” towards their hometown.

A companion said, “If I come back alive, serve me some tea in your tearoom, okay?” This was the last conversation he had with the man.

Many of his comrades died after taking off from bases in Kagoshima, in southwestern Japan. The name plates on the dinner table disappeared one by one.

According to a Tokyo-based foundation that continues to commemorate the war dead of tokkotai units, the total number of Japanese servicemen killed in suicide missions stands at 6,418, including army and navy personnel. In addition to those aboard suicide attack aircraft, the tally also includes human torpedo pilots and those aboard boats that plunged into enemy ships, among members of other suicide units.

On behalf of his comrades, Sen said: “None of my companions attacked to sacrifice their lives for the nation. They had a desperate desire to protect their loved ones, even if it cost them theirs.”

Although Sen also prepared for death with the same state of mind, a superior asked him to “be ready”. He couldn’t understand what was going on or why he had been removed from the mission. He called on his senior officers to join the attacks on three occasions. However, they refused the requests because they would “be breaking orders.” He was transferred to the Matsuyama Naval Aviation Corps in Ehime Prefecture, western Japan, and the war soon ended.

“I wanted to go there with my comrades,” said Sen, who still doesn’t know why his last assignment was canceled.

(This is the second part of a three-part series. The final part will be released on September 28.)

Sen Genshitsu was the 15th generation leader, or “iemoto,” of the Urasenke tea school in Kyoto until the end of 2002. He obtained honorary doctorates and degrees in tea cultivation from Japanese universities and foreigners. He has held more than 100 titles, including that of UNESCO Goodwill Ambassador and President of the United Nations Association of Japan. He served in the Air Force Division of the Imperial Japanese Navy during the Pacific War and later joined a suicide mission team. From this experience, he dedicated himself to achieving peace through the philosophy of the tea ceremony.

The wish of peace from a Japanese tea master (part 3): spreading the spirit of humility of the ritual