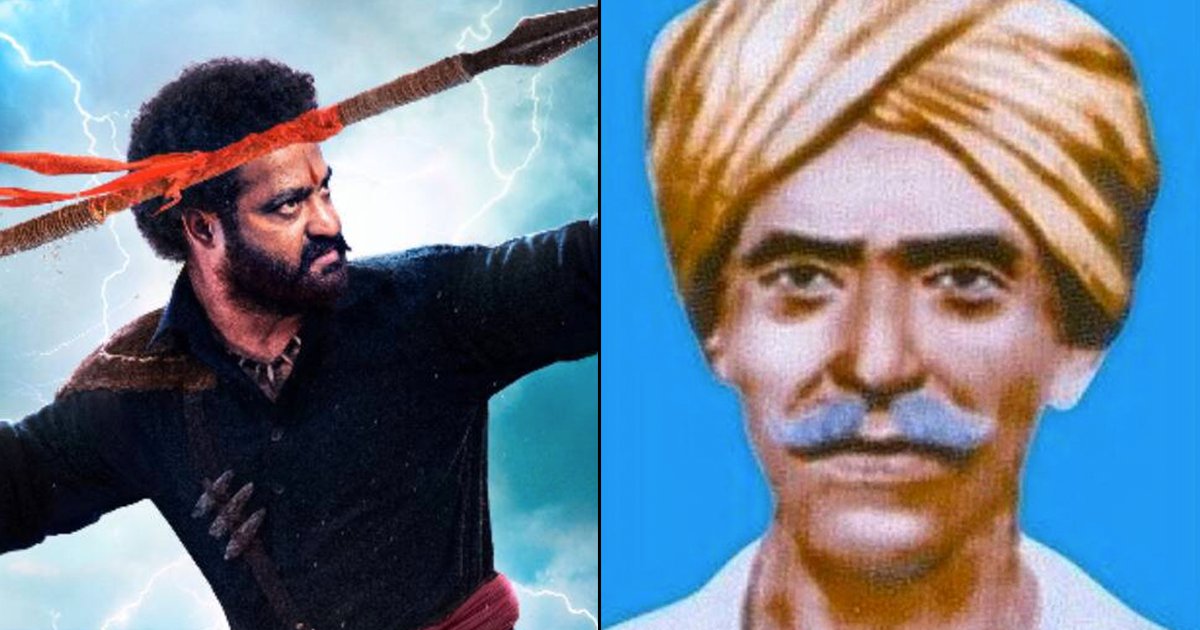 Since the release of RRR, there have been constant discussions about the film. From script and acting to directing, people loved almost everything about it. Well, the box office numbers are proof of that.

Films starring NT Rama Rao Jr. as Komaram Bheem and Ram Charan as Alluri Sitarama Raju, is a fictional story about the two Indian revolutionaries, whose contributions are lesser known.

These freedom fighters from Andhra Pradesh and Telangana (the region, as it is known today), stood up against the British Raj, for their people. SS Rajamouli shared that RRR is a story from the period of their lives, of which we know nothing – it is about what might have been if the two had met and bonded. This fictional tale is set in the 1920s.

In reality, Alluri Sitarama Raju and Komaram Bheem fought for the rights of tribal communities in their areas.

Alluri Sitarama Raju was born in 1897, to a humble middle-class family in a small village near the coastal city of Visakhapatnam. He led the Rampa Rebellion in 1922, opposing the Madras Forest Act of 1882. He was always keen to fight against the oppression of the British.

Incidents in his life highlight the patriotism he had developed over time – with his intention to fight against British rule and help his people.

I am from tamilnadu Looks like many don’t know there was a real revolutionary freedom fighter called #AlluriSitaRamaraju just over a century ago!
This image was released by the UK Government. after being shot in 1924. Ask about him! One of the greatest in Andhra! 🙏🙏🙏 pic.twitter.com/eWuGoAdrhS

Following the death of his father, Sitarama Raju went on pilgrimage and traveled the west, north-west, north and north-east of India during his adolescence. He even began working among tribal communities, motivating them to stand up against British police, forest and tax authorities. The “hero of the forest” was captured and killed in May 1924.

Komaram Bheem, was born in 1901 in Adilabad district of Telangana. He was a member of the Gond community and constantly had to move. Bheem even fled Sankepalli after his father was killed by rangers for claiming Adivasi rights.

A Nizam official, harassing the Gonds for taxes, had died at the hands of Komaram Bheem which forced him to flee to Chandrapur where he started working in a printing house which published a magazine against the British and the Nizam.

Later, he traveled to Assam, after fleeing prison and working on tea plantations for four and a half years, where he protested against plantation owners for workers’ rights. It was in the early 1900s when he started a rebellion against the last Nizam of Hyderabad and the oppression of local landowners. According to a journalist’s account, he was killed in October 1940.

These freedom fighters lived their lives for their people. They sacrificed their lives for the nation so that we could live in a free and independent India. RRR is one film among many that gives us some details about who they were and what they did for the country. Hi to them!