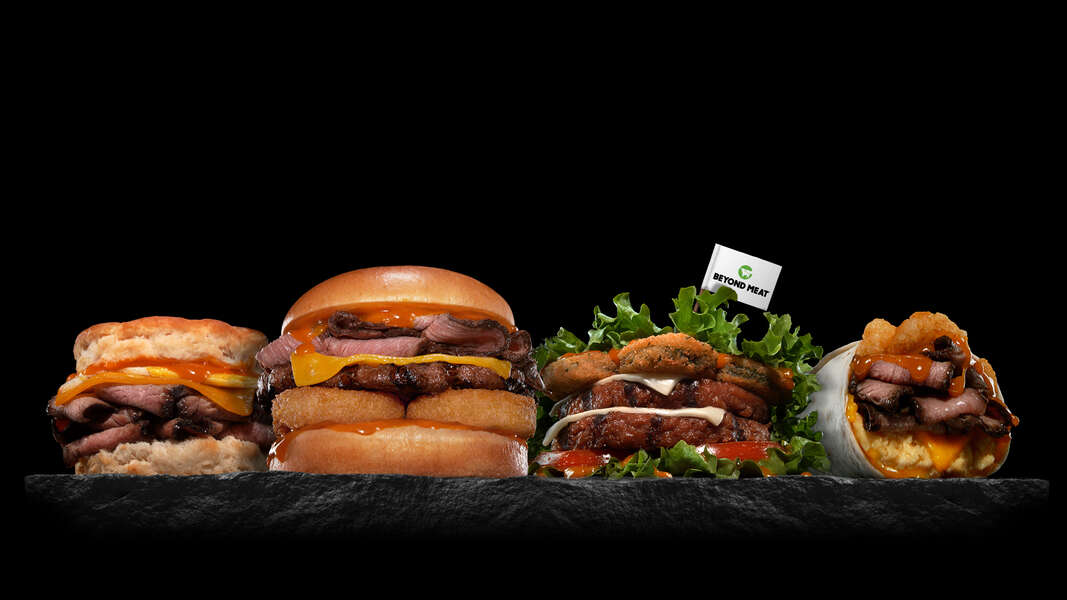 The flavor of the month is big movie franchises partnering with restaurant chains. (Like Applebee and that movie about Tom Cruise’s plane earlier this week.) Jurassic World: Dominion comes out in June, and ahead of release, Carl’s Jr. and Hardee’s are putting together a dinosaur-sized menu.

The new Primal Menu is coming to the two related but not identical chains with what they call their “measiest burgers, burritos and cookies yet.” However, this is not accurate throughout the menu. There are also vegetarian options.

The complete Primal menu includes the Primal Angus Thickburger, Primal Burrito, Primal Biscuit with Fried Egg, Beyond Wraptor Burger and Double Beyond Wraptor Burger. However, vegetarian options will only be available at Carl’s Jr. The menu also includes a healthy dose of the new Amber BBQ Sauce, which is a sweet, smoky ode to the amber notably featured at the start of the original. jurassic park.

At Carl’s Jr, Beyond Wraptor Burgers features a Beyond Burger topped with amber barbecue sauce, Swiss cheese, fried zucchini and tomatoes, wrapped in lettuce with a side of medium pun. Like the dinosaurs themselves, the menu is only there for a little while. (Although I guess the jurassic world the theme implies that there is always potential for a comeback.)

Opening of a new bakery and tea house | Business