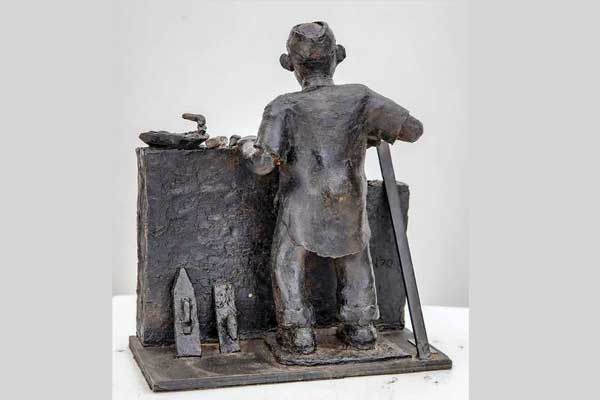 Edward Njenga will be missed for his master clay sculptures

Born in Nyeri County in central Kenya in 1922, Njenga first dabbled in clay as a child, his mother and grandmother being potters.

As a young adult, Njenga was employed as a social worker in Nairobi and in his spare time made clay sculptures. The first exhibition of his works was held at the New Stanley Hotel in the late 1960s. The exhibition was a success and he was awarded a scholarship to study fine art at the University of Hannover in Germany between 1971 and 1973.

Njenga’s terracotta and wood carvings have been influenced by historical events, socio-economic challenges, his personal experiences such as time spent in colonial-era detention for allegedly aiding Mau Mau freedom fighters .

It depicted people going about their daily business – village women, a fruit seller, a newsagent, a carpenter, or a man pulling a handcart.

Njenga’s subject matter has remained constant over the years and his pieces have fetched good prices over the six decades he has worked, sometimes selling for over $5,000. He was a regular fixture in Kenyan art galleries and he exhibited abroad including in the US, UK and Germany,

In 2013, he was part of an art exhibition at the National Museum in Nairobi celebrating the 50th anniversary of Kenya’s independence, where he displayed ceramics from 40 years of sculpture. Author Linette Kariuki captured her life story in the 2016 biography, Telling it in Clay: A Biography of Veteran Sculptor Edward S Njenga.

Here’s How to Thrive in an Online Masters Program