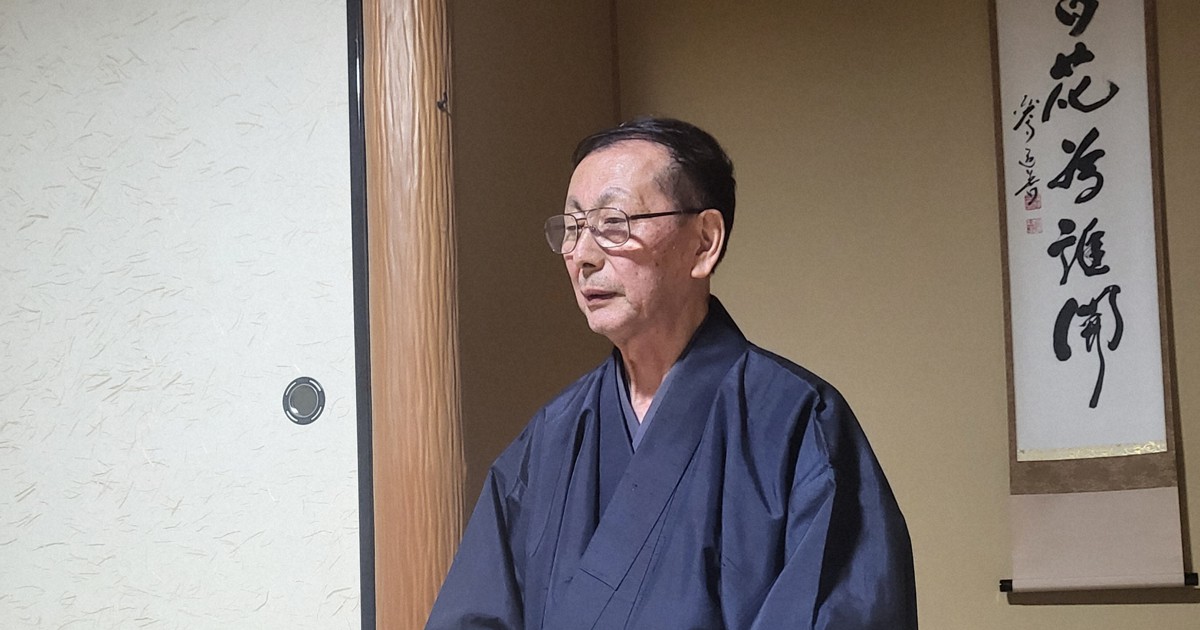 KAMAKURA, Kanagawa — A Japanese tea master here helps a family who fled Ukraine to Japan after Russia invaded their country, having bonded through tea ceremony circles.

Masaru Nishikawa, 78, who runs a Japanese tea class in Kamakura, Kanagawa prefecture just south of Tokyo, has taught traditional Japanese tea ceremony classes at Moscow State University and other locations for about a decade from 1991. One of his apprentices taught tea in kyiv, and a 47-year-old Ukrainian who arrived in Japan on April 5 via Poland on a Japanese government plane was their apprentice. In 2020, the woman visited Nishikawa, and the couple have since expanded their exchanges.

The woman left Kyiv in early March with her 13-year-old son following the Russian military operation and moved from one guest house to another near Warsaw. After learning from an acquaintance that the mother and child hoped to come to Japan, Nishikawa acted to help the family, including reaching out to the Japanese Embassy in Poland via email to possibly let them ride in a Japanese government aircraft. He told the press on April 6 that it was “natural” for him to help the woman and her child, saying, “He’s my second-generation student.”

Nishikawa flew to Tokyo’s Haneda Airport on April 5 to pick up the two. He said he was relieved to see them smiling at the airport, and said they finally looked comfortable when they got home.

The woman and her child speak with Nishikawa in Russian and started their life in Japan in an apartment in Kamakura. While the family will face many challenges, including finding the wife a job and educating the son, Nishikawa says there are plenty of people willing to lend a hand. He intends to continue supporting them with the help of others, saying, “I want them to lead a normal, ordinary life.”

A day in the life: Olga Klofac