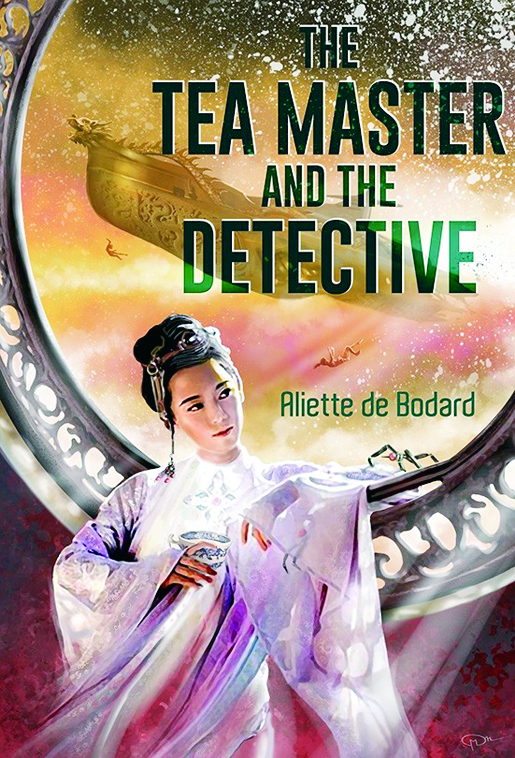 at Aliette de Bodard The tea master and the detective is a new story that takes place in his Xuya universe. This is the third independent short story to be published in this continuity, after The Citadel of the Weeping Pearls (first published in Asimov’s, Oct / Nov 2015, and republished in 2017) and On a red station, adrift (first published by Immersion Press, 2012), and it’s very different from the two. The Scattered Pearl Belt is a backwater, a collection of annular habitats and orbits connected by shuttles – and by living, once-human spirits that can navigate the deep spaces between stars that enable FTL transport. In the corridors of habitats, avatars of spirits mingle with humans, and physical and virtual realities overlap and intertwine.

The shadow child is a spirit, a former military transport dismissed from duty after a traumatic incident (an ambush) left her temporarily trapped in the Deep Spaces with all of her crew dead. Her consistent aversion to Deep Spaces means that she is barred from the usual avenues by which spirits make a living: instead, she leads a precarious life as a “brewer of serenity” – someone who prepares mind-altering drugs. to improve comfort and safety. of people who travel or work in space. When the eccentric and abrasive scholar Long Chau walks into her office in search of a drug preparation that will keep her at peak functionality in the Deep Spaces, The shadow child‘budget means she can’t afford to turn down the job – but her ethics mean she won’t leave Long Chau unattended, either, even if that means she has to set foot in it again. the shallows of the Deep Spaces.

De Bodard’s world-building shines and his characters are deeply compelling. The shadow child is both very human and subtly extraterrestrial: she reacts like a human, except when she doesn’t, and it is remembered that she is a person who is also a ship. Long Chau is particularly sympathetic, even in his abrasiveness, and interesting.

It becomes clear from the start that The tea master and the detective is heavily, if not directly, influenced by the stories of Sherlock Holmes and Arthur Conan Doyle’s Dr Watson. It’s measured, almost majestic, until the conclusion, where the tension explodes into high gear. It preserves the empathy and intensity of the original Sherlockian stories, while being told in Bodard’s cut-glass prose and in an unmistakable modern style. It’s a truly satisfying story, deeply invested in choosing to do the right thing – and the importance of kindness. I highly recommend it.

This review and more in the March 2018 issue of Place.

While you are here please take a moment to support Place with a one-time or recurring donation. We rely on donations from readers to keep the magazine and site running, and would like to keep the site’s paywall free, but WE NEED YOUR FINANCIAL SUPPORT pursue quality coverage of science fiction and fantasy.