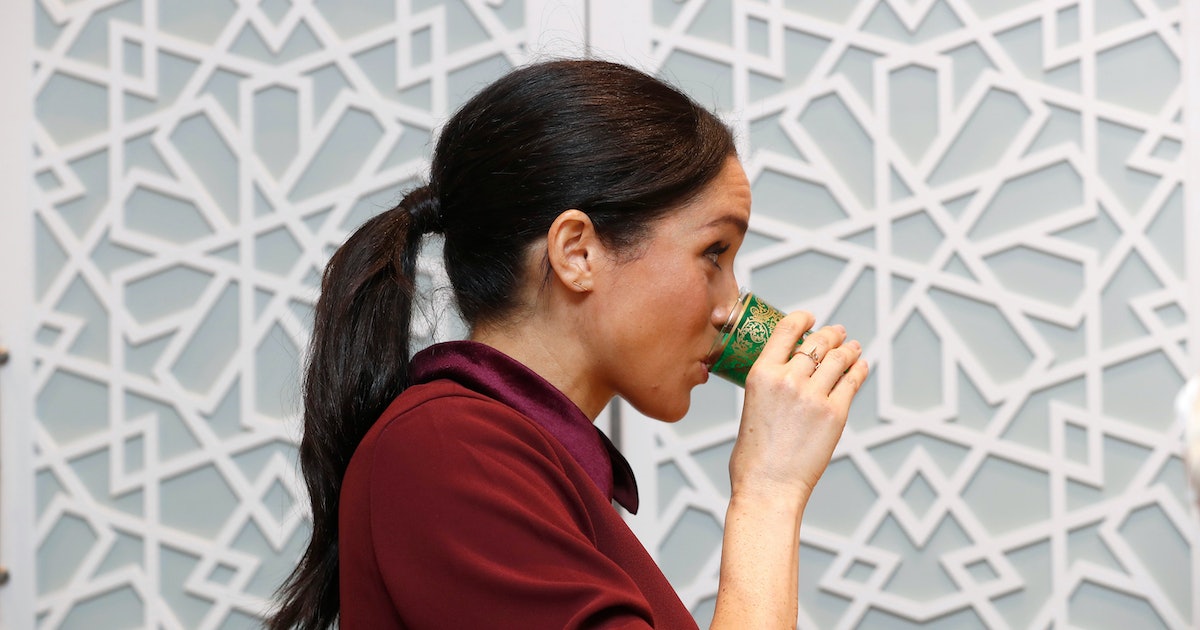 Afternoon tea is a true British staple, but a royal has given the usual menu of scones and sandwiches a more contemporary twist. On Sunday, the Duchess of Sussex’s makeup artist, Daniel Martin, posted an Instagram photo showing a rare glimpse into the royal’s behind-the-scenes life. The photo did not show the Duchess, but instead depicted plates of avocado toast, chocolate truffles and a teapot. Unsurprisingly, Meghan Markle’s choice of afternoon tea immediately sparked a debate.

According to Daily mail, Martin was reportedly invited to Kensington Palace for “an intimate catch-up” with his friend and client. Martin posted his lunch date on social media, captioning the photo: “Returning to the present day Tig…Thank you Meghan for being the consummate hostess this weekend and always being the whisperer #avocadotoast , YUM!” (If you’re unaware of all things Meghan, The Tig was the name of her now-defunct lifestyle blog.)

Instagram commenters not only slammed Martin for posting the photo, but also slammed the Duchess for her food choice. “It’s really cheesy to post about hanging out with the Royal Family. Grandma won’t like it,” wrote one reviewer. Another called the avocado toast “bland.” Some were a little more positive, with one fan writing, “I love how down to earth she is!”

“Mashed avocado on toast is not usually seen on tea menus, in hotels or private homes. Avocado is usually seen on breakfast or brunch menus; nowadays, it really is a morning food, however, I’m a big believer in the “your house, your period school of thought, so if HRH The Duchess of Sussex wishes to serve it at her tea parties, good luck to her.”

I have some questions. One: Who said Martin and the Duchess don’t have breakfast or brunch? Many of us know that it is absolutely possible to eat chocolate truffles before noon. Two: Meghan’s ways of changing tradition are no secret, but I highly doubt she’s trying to impose her eating habits on the Queen. So why is the internet blowing up over a photo of avocado toast and, heaven forbid, tea without milk?

Three: Where can I buy these truffles? This is the only question I can answer with almost 100% certainty. Eagle-eyed fans have determined that the delicious snacks are Fortnum & Mason’s Sandringham Coffee Truffles. Good morning! reports that you can even buy Meghan’s teapot and mugs at Soho Home. The Country House teapot will set you back £25 while a teacup and saucer are priced at £12.

Afternoon tea has been a bona fide thing in Britain since the reign of Queen Victoria, according to Royal Central. In fact, the monarch loved one cake in particular so much that it was eventually named after her. (It’s Victoria Sponge Cake.) The current queen enjoys afternoon tea every day, reports the Independent. It offers traditional finger sandwiches and scones as well as cakes including honey and cream sponges, ginger and chocolate cookies. A surprise addition comes in the form of McVitie’s Rich Tea Biscuits.

You see, even the queen is not averse to change once in a while.