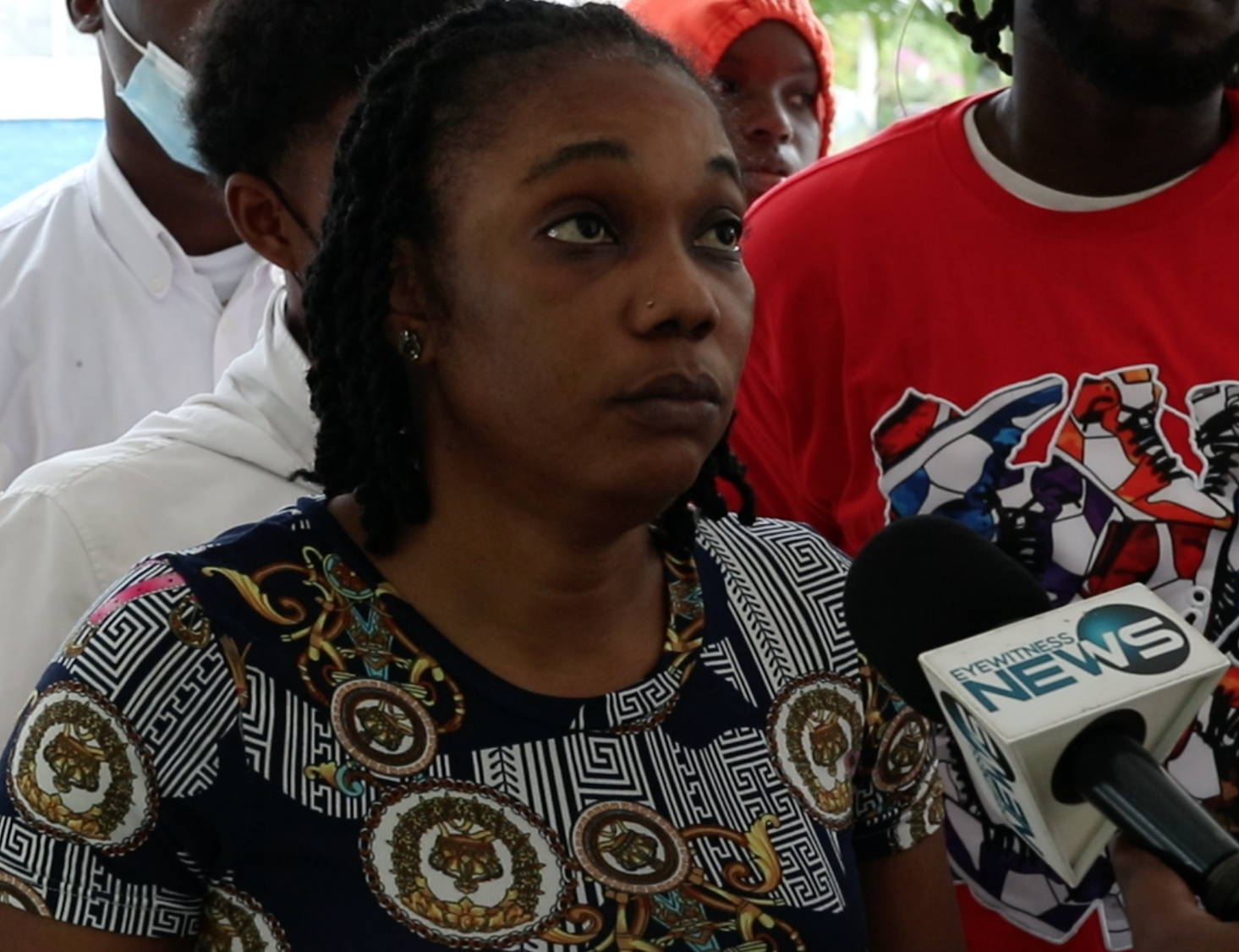 NASSAU, BAHAMAS — Kissie Brown-Pratt says she can’t sleep without hearing her slain child’s voice cry after the 13-year-old was killed in Kemp Road on Friday.

She says when she found her son lying on his stomach in William’s Lane with his hands at his side, she instantly knew he was dead.

“I know one day he should have died,” she told Eyewitness News yesterday.

“I know that one day we will all have to die. But it’s where he dies, it’s how he dies that really hurts me. A 13-year-old boy, no weight, tiny baby. You could see it was a baby. To take two hits, one behind her neck and one in her jaw, it’s really hurtful for a mother to stand here and say. Other people might fall asleep at night while I cry all night.

Quinton McKenzie loved music and sports and was the grandson of late Bahamian artist Smokey 007, according to his family. According to the police, a boy is in custody to help them in their investigation into the murder.

Brown-Pratt said she was outside her home around 8 p.m. Friday when she fell to the ground after hearing gunshots. She said as she got up to go in, she heard more gunshots.

The couple checked a park and saw people running away but saw no signs of a shooting. She said that on their way home they met one of their nephews who told them that Quinton was on the floor, face down.

As she ran to the stage, she said, she felt like “my whole chest, my heart was ripping.”

“And then I get there to see my baby lying on his stomach with his hands beside him not moving,” she said. “I already knew he was dead. When my son came and grabbed it, his tongue was hanging out in his mouth. I knew he was dead. My husband is standing over him with his hands on his head like this. I almost died, I couldn’t believe it was my 13 year old son.

“What happened? Why would someone shoot a little boy? Am I in a dream? Is this real? Someone please wake me up, if I’m in a dream, let me know Why would anyone come to a park where it’s supposed to be for the kids, for the kids to come and play… now you mean the park is not safe for the kids to go there, so the kids can play in it? My kid shouldn’t have to go out like that.

Brown-Pratt said Quinton was the life of the party at home, school and everywhere else. She said her son was a “kindergarten” honor roll student, played five instruments and enjoyed baseball, basketball, soccer and karate. He dreamed of becoming a baseball player and he worked at Super Value to save money for college.

“I don’t think he was supposed to come out like that,” she said.

“I haven’t slept like that. I eat, I just drink tea and I eat crackers. Every time I try to sleep it’s like I hear him cry, I hear his voice. I can’t sleep, I won’t have peace until they find out who murdered my son.

She said Quinton had just quit his job at Super Value and went to the basketball court when he was killed. She said her son was not playing as some claimed.

“If you knew him like I know him, you’d know he wasn’t playing, not my Quinton,” she said. “He was counting his money. Whenever you always see him, he counts his money.

Brown-Pratt discovered during her interview with Eyewitness News that police have a minor in custody linked to the case.

“I’m still happy,” she said. “I’m still trying to figure out why. Why Quinton, such a sweet soul?

Quinton’s father, Quincy Mckenzie, was in Exuma when his son was killed.

He said the moment his son was killed he sent a voice note to Quinton but got no response. Shortly after sending the message, the boy’s mother called to tell him that Quinton had been shot. However, he said he assumed his child survived but was taken to hospital.

“I continued to hang out with my colleagues until one of my colleagues received a message from his family group on Whatsapp,” he said. “She looked at the picture and said this, your son here and she showed it to me and I could see and I’m falling apart. The next morning I catch a flight, which means I haven’t seen him for two weeks because I was there for two and a half weeks.

“I’m trying to figure out how my life will be from here, you know what I mean?” I just don’t see it being the same anymore. Cus I know if I was here, if I wasn’t going to Exuma––not to say that making the trip was a bad thing––but it was a vacation; we probably would have been on the beach.