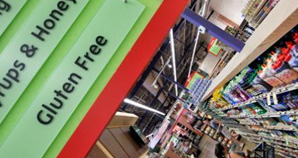 Sarah Lancaster installed as Master of Worshipful Company of Launderers 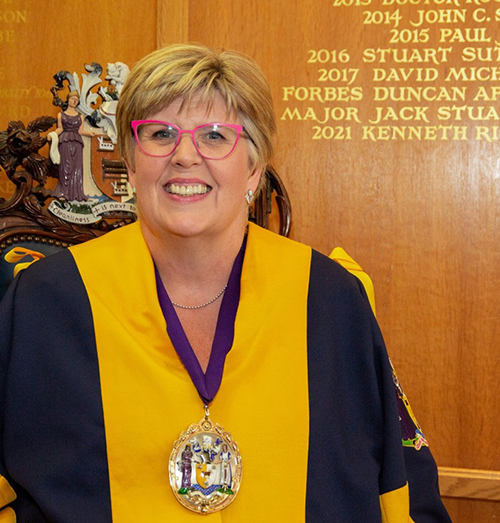 UK
On Monday June 20, the Worshipful Company of Launderers (WCL) elected its new Master for the year June 2022 – 2023. It has been some 20 years since the Company had a female Master, Margaret Sheppard, so with great enthusiasm and of good will, Sarah Lancaster was elected as the second in its history.

The yard managers for the next 12 months are the newest Past Master, Deputy Master Kenneth Cupitt, Senior Manager Simon Fordham and Tenant Manager Andrew Doyle.

After the Electoral Court and Installation Ceremony, at Glaziers Hall (which WCL shares with Glaziers), there was a short reception before the Master and Company and guests proceeded to Southwark Cathedral for the service the company’s annual evening which included a dedication by the new Master. The service was led by the company’s chaplain, the Dean of Southwark, the Very Reverend Andrew Nunn.

There was a surprise appearance during the ceremony from the cathedral cat, Hodge, who unexpectedly appeared in the chancel and came down the steps to greet Master Lancaster where she sat before her consecration. The greeting was seen by all as a good omen as a cat features prominently in the company’s coat of arms with the words Cleanliness is next to godliness.

Due to transportation difficulties imposed by the National Railway Strike taking effect later that evening, the celebratory dinner was a little shorter than usual, but still contained all the key elements, including the inaugural address of the new Master, a speech by Clara Gill of the Marie Curie, Master’s Charity of the year.

One of the main objects of the City Livery Companies is benevolence. The events are fun and also an opportunity to inflate the charity coffers. In the financial year ending 31 March 2021, the Worshipful Company of Launderers Benevolent Fund (a licensed charity) donated over £35,000 to various causes. This included many donations to be used in the London Borough of Southwark, the City and people who have worked in the laundry industry needing support, as well as grants from the Education Fund for travel scholarships.

The WCL is looking to expand its ranks of laundry men and women, so if you or someone in your organization is interested in being involved with this historic livery business, for more information please contact the Registrar [email protected].

Events to expect while mastering Master Lancaster include:

A tour of the Ahoy Centre, Deptford followed by a tour and afternoon tea on the Cutty Sark, Greenwich’s historic clipper

Another event in Greenwich which the Master says will ‘involve good lunch, wine and great company’

Sheriff’s Ball at the City’s Guildhall. It’s one of the pan-Livery events of the year and WCL will grab a table or two for it

Christmas pageant in Thursford, Norfolk. This event is described as an extravaganza of non-stop song, dance, music, humor and variety. A quick celebration of the holiday season.

A tour of the historic dockyard, home to Nelson’s HMS Victory and dinner on the Victorian warship HMS Warrior

Breaking with tradition, a City of London Livery Company flies to the city of Manchester

Other events are planned throughout the 12 months of the Master. Visit the website at www.launderers.co.uk